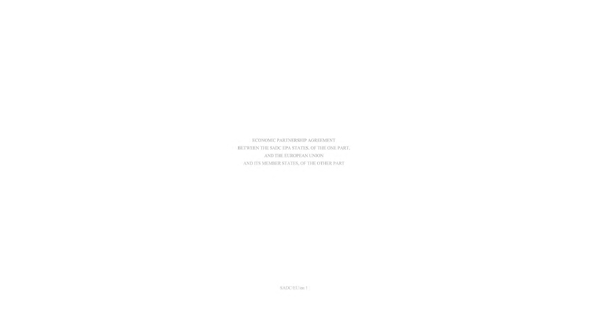 This in an Economic Partnership Agreement (EPA) signed By EU on 10 June 2016 with the SADC EPA Group comprising Botswana, Lesotho, Mozambique, Namibia, South Africa and Swaziland with Angola having an option to join the agreement in future. The other six members of the Southern African Development Community region – the Democratic Republic of the Congo, Madagascar, Malawi, Mauritius, Zambia and Zimbabwe – are negotiating Economic Partnership Agreements with the EU as part of other regional groups, namely Central Africa or Eastern and Southern Africa.